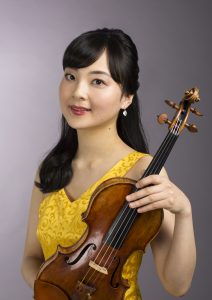 Born in Hiroshima, Japan, Rika Masato began playing the violin at the age of three.

She has also appeared in TV and radio programs in France and Japan.

She studied with Koichiro Harada at Toho Gakuen Music High School and graduated with the highest distinction in 2007. She moved to Paris to study with Roland Daugareil, Concertmaster of Orchestre de Paris, at the Conservatoire National Superieur de Musique et de Danse de Paris. She completed her Master degree in 2011 with the first prize and the prize “Francoise DOREAU” and received “Artist Diploma” in 2013.

She studied also at Mozarteum University of Salzburg postgraduate program with Pierre Amoyal. Her other teachers include Patrice Fontanarosa and Gyorgy Pauk.

Please contact the appearance request by which it's for a concert and a question about an appearance any time. 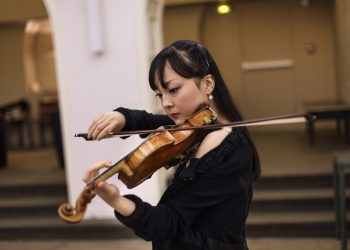